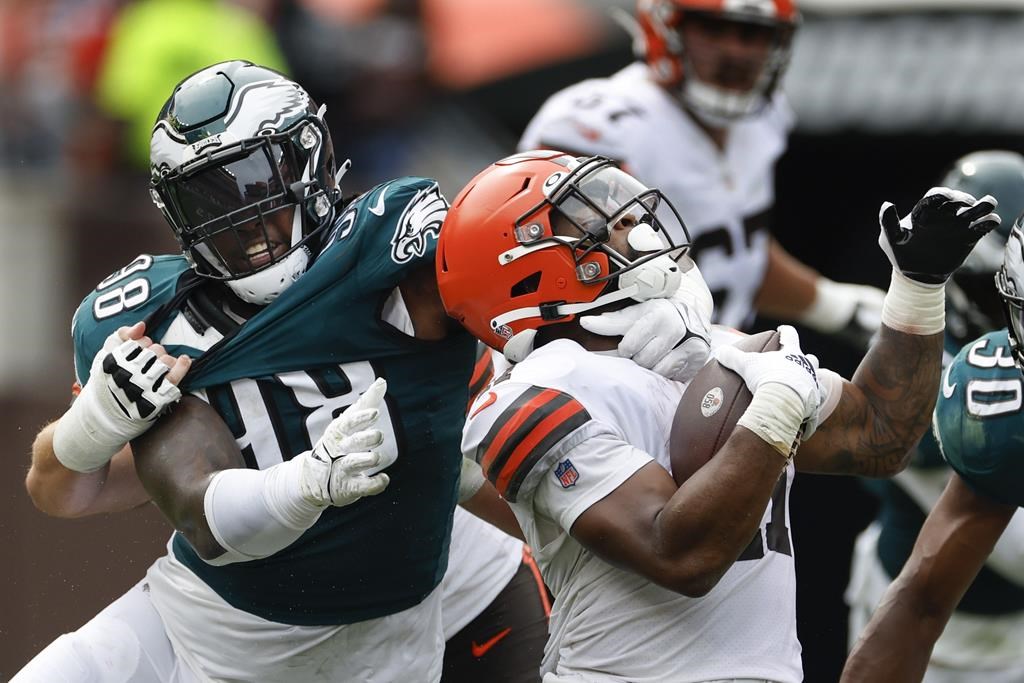 EAST RUTHERFORD, N.J. (AP) — Davis Webb threw a 15-yard touchdown pass to Alex Bachman with 35 seconds to play to rally the New York Giants to a 25-22 preseason victory over the Cincinnati Bengals on Sunday night.

Webb’s second touchdown pass of the half to Bachman capped a 75-yard march that started after Jacques Patrick scored on a 3-yard run with 3:05 to play to put the Bengals ahead 22-18.

Webb, who is the Giants’ third quarterback behind Daniel Jones and Tyrod Taylor, finished 22 of 27 for 204 yards, including a 22-yard TD pass to Bachman earlier in the quarter that gave New York an 18-16 lead. Bachman finished with 11 catches for 122 yards.

The Giants improved to 2-0 under new coach Brian Daboll. The Bengals (0-2) did not play their starters for the second straight week.

Giants top draft pick Kayvon Thibodeaux, the edge rusher who was the No. 5 overall selection in the draft, hurt his right knee in the second quarter and did not return.

CLEVELAND (AP) — Joshua Dobbs ran for a touchdown and looked good directing Cleveland’s backups during a loss to Philadelphia in an exhibition watched by both team’s starters, along with soon-to-be-suspended Browns quarterback Deshaun Watson.

Dobbs scored on a 3-yard run in the first quarter and had his second strong performance of the preseason for the Browns (1-1), who are hoping he can be their No. 2 QB behind Jacoby Brissett while Watson serves an 11-game suspension.

Dobbs finished 14 of 20 for 141 yards before Josh Rosen replaced him in the third quarter.

With Philadelphia starting quarterback Jalen Hurts sitting out, Gardner Minshew the Eagles (1-1) on two long touchdown drives in the first half.