Thrill of victory beats a fistful of dollars 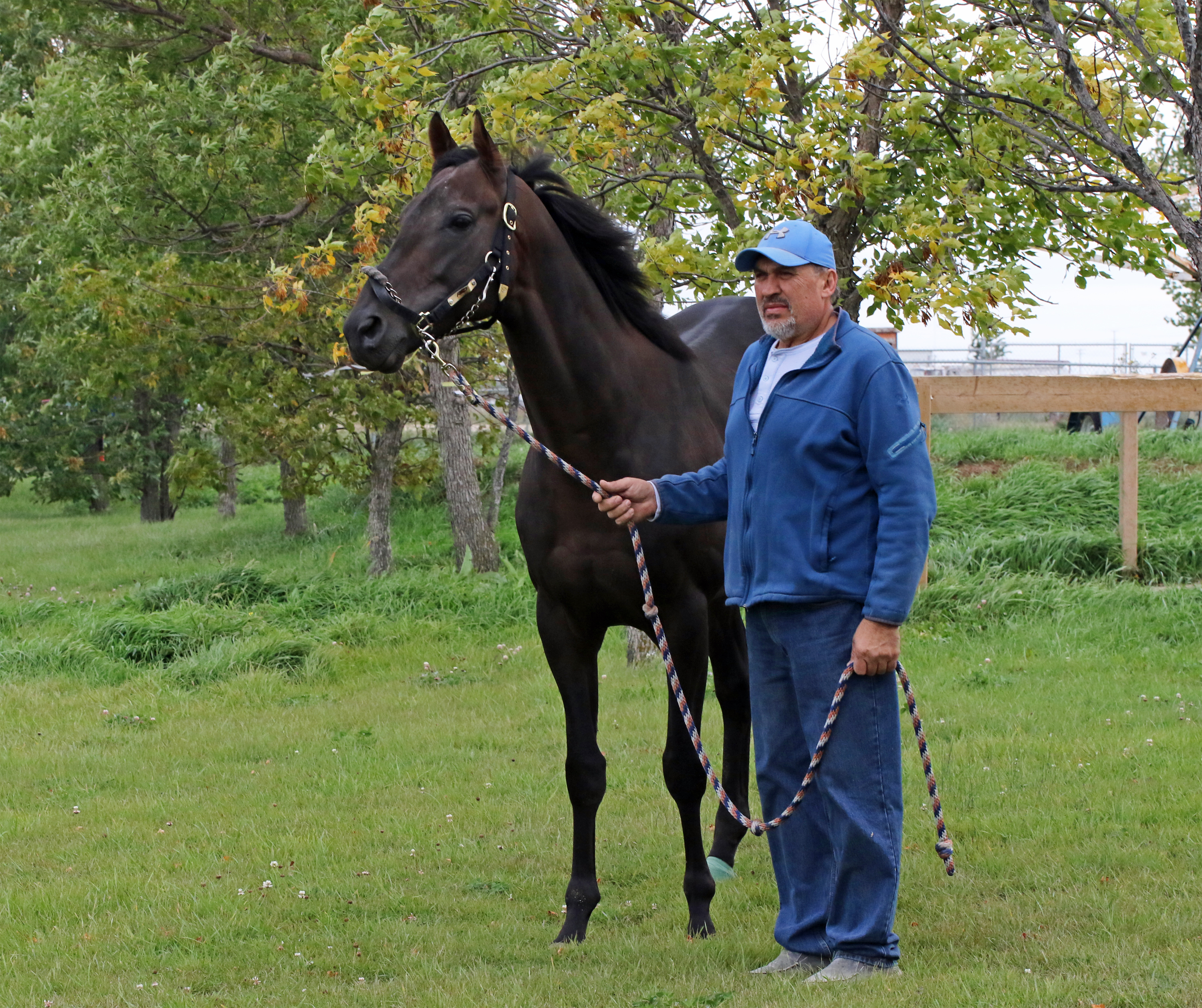 With only three live racing days left in the 65th season at Assiniboia Downs, the trainer, jockey and owner races have already been decided, but there’s still one major stakes race for two-year-olds that nobody can predict, and two major mandatory jackpots that anyone could win.

Jerry Gourneau will win the training title for the fourth time in the past five years, his owner Henry S. Witt, Jr. will take his sixth consecutive owner title for purses earned by a wide margin, and jockey Jorge Carreno will romp to his second straight riding championship at the Downs.

The $40,000 Buffalo Stakes for Manitoba-bred two-year-olds going a mile takes place Monday in what looks like a free-for-all on the front end between youngsters including three by Nonios, two by Kentucky Bear and one by Vengeful Wildcat, all of whom stand in Manitoba.

The even-money favourite for the Buffalo Stakes is the undefeated I Love My Life, a bay gelding by Kentucky Bear trained by Lise Pruitt for Arnason Farms, but crazy things can happen in route races for Manitoba-breds, especially at this time of year. They’re all still learning how to run, and most of them think they’re supposed to be on the lead.

That was the case in the $50,000 Winnipeg Futurity last Monday, which was won by Canterbury Mile shipper Cuban Cobra, trained by Tim Rycroft and ridden by Enrique Gonzales for owner Gonzalo Anderson. Cuban Cobra used his early speed from the outside to maintain the lead from the start and turned back fellow Century Mile shipper Readytotapnsing in the stretch to win by 2 3/4-lengths.

Manitoba-bred Lady Cop, a previously undefeated two-year-old daughter of Vengeful Wildcat, tried to move on the leaders into the turn, but found herself in tight and was forced to steady. To her credit, she showed the same gutsy character she’d exhibited in her previous three races, coming back on and giving her best in the drive to finish third. Could turn into a nice three-year-old for trainer Mike Nault and ownership partners True North Thoroughbreds and A2 Thoroughbreds.

On Tuesday there will be a mandatory payout on the Jackpot Hi-5, which requires you to pick the first five finishers in exact order in the final race of the card. The pool currently sits at $20,051 and there will be more pumped into it on Monday. If the pool isn’t won by a lone winning ticket on Monday, it should grow to $60,000 or more by the last race on Tuesday.

On Wednesday there will be a mandatory payout on the Jackpot Pick 5, which requires you to pick the winners of the last five races on the card. Similar to the Jackpot Hi-5, if no one wins the whole pool on Monday or Tuesday with a lone winning ticket, the current Jackpot Pick 5 pool of $463,545 will balloon and could grow to more than $2 million by Wednesday.

The minimum bet on both the Jackpot Hi-5 and the Jackpot Pick 5 is 20 cents. Just imagine winning a few million on one 20-cent bet. Kind of like the 6/49. With better odds.

The odds are also against most licensed trainers ever winning a race, but they keep trying, and those that learn and persevere are rewarded. Trainer Steven Gaskin scored his 100th career victory in the fourth race on Tuesday, and the win picture was packed with the horse’s connections and the staff from Office Smarts Web Design and Online Marketing, who sponsored the race.

Gaskin won the race with Manitoba-bred two-year-old filly Diane’s Wish, a Nonios filly ridden by Stanley Chadee, Jr, bred by Larry Falloon and Darin Bouchard, and owned by Falloon and Stella Racing, at least while the race was being run. Diane’s Wish was claimed out of the race for $9,375, by trainer Mike Nault, for owner A2 Thoroughbreds.

Gaskin, who is a multiple stakes-winning trainer, has seen horses come and go over the years, and handled it all in stride. With the win purse, the Manitoba-bred purse supplements, the breeder bonuses and the claiming money, the total take amounted to over $20,000.

Gaskin has now trained the winners of $993,795, with a career record of 100-99-138 from 814 starts. That’s one win short of a million dollars in purses, but it will never match the feeling he got from the kiss his wife Jessica gave him after the race.

Horse racing has always been about so much more than money. Just ask Gourneau and his six-time leading ASD owner Henry S. Witt Jr., a former champion race car driver who now runs a large auto glass business in Waco, Texas. Witt won $366,162 in purses at the Downs this year. The money is good.

The thrill of victory is better.